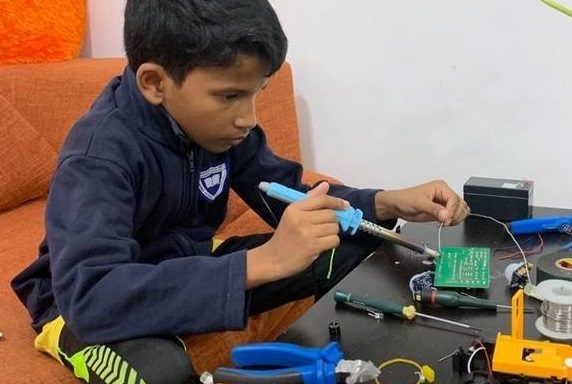 Sabeel said he was inspired to invent the device after losing his friend in a tragic incident in June 2019.

Devastated by the death of his classmate last year, a 13-year-old Indian student in Dubai has invented a smart device that can alert authorities in case a child is left behind on a school bus.

Sabeel Basheer, a Grade 8 pupil of the New Indian Model School, called the device Sabeels Smart Vigilant System (Sabeel) and he completed it after the summer break last year. It can send SOS messages to the police, ambulance, and school authorities if there’s a student trapped on a bus.